A PHP Error was encountered

Ahead of our special screening of Futureshock! The Story of 2000AD on Sat 16 January - which includes an intro and Q&A with Dundee-based comic creators Dan McDaid and Montynero - we spoke to Dr Chris Murray, the University of Dundee's senior comics studies lecturer, about 2000AD and the history of comics in the city.

Can you tell us a bit about your job and what you love about it?

I teach Comics Studies, and I research British comics. I love bringing attention to this often undervalued field, and working with students who have such vast knowledge and enthusiasm for the subject. In this role I have the privilege of helping to nurture academic and creative talent. Recently I have begun to communicate the findings of my research by writing comics that are illustrated by very talented artists. This is a dream come true!

Dundee has a strong links to comics. For those who don't know, can you tell us a bit about our city's comic history? 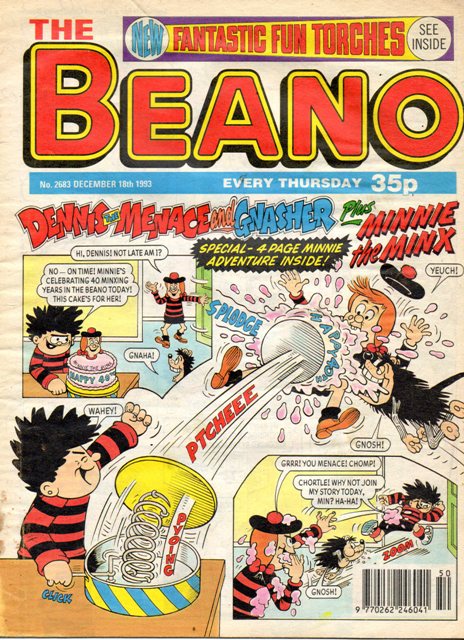 Comics have long been one of Scotland’s most important cultural and artistic exports, with Dundee at the centre of that success. However, there is a wider history of comics production in Dundee, from the long lost art studios to the new focus on comics in University courses, and the current renaissance of independent comics production in the city. The comics produced by DC Thomson have commanded large audiences for decades, and characters such as Dennis the Menace, Desperate Dan, The Broons and Oor Wullie are beloved national institutions. Some of the most successful names in British comics started at DC Thomson, and the planning of what would become 2000ad also started here in the city.

When did your love of comics begin, and have you a favourite comic or character from your early comics days?

My earliest memories involve comics. When I was very young my uncle Dougie would bring me comics. He got them from a guy at his local pub, who had the comics delivered there so his wife wouldn't know he read them. He knew my uncle had a young nephew so the comics were stashed behind the bar so they could pass onto me. I have no idea who this mysterious benefactor was, but I have him to thank for everything! My mum and uncle Alastair also bought me comics on a regular basis. I loved Spider-Man.

2000AD has a huge cult following. What makes it stand apart from other comics?

Its attitude. Following closely on the heels of the controversial Action, which was effectively banned in 1976, 2000AD continued with the same kind of subversive tone, and provided a place for British creators to flourish, producing the kind of politically engaged satire that others publishers frowned upon. You can't beat characters like Judge Dredd, Nemesis, Rogue Trooper and Zenith. And with creators like Pat Mills, John Wagner, Alan Grant, Carlos Ezquerra, Dave Gibbons, Cam Kennedy, Grant Morrison and Simon Bisley, you just can't go wrong!

We'd love to find some new comics to read. Can you recommend any hidden comic gems, particular any with links to Dundee?

"The planning of what would become 2000AD started here in the city."

Dundee based artist and writer Montynero, who worked for 2000AD, has created the wonderful and critically acclaimed Death Sentence. Dan McDaid, also based in Dundee, is currently drawing Dredd for IDW. Then there's Saltire, the Scottish superhero, by John Ferguson, Gary Welsh and Claire Roe. The work of recent comics graduates is brilliant. Checkout Rossi Gifford (Spirit Leaves), Letty Wilson (Meteor and Cosmic, with Erin Keepers),and Norrie Millar (Frankenstein Begins). Treehouse is a Dundee based comics collective and are producing great work.

Join us, Dr Chris Murray and comic creators Dan McDaid and Monteynero on sat 16 January for our one-off screening of the funny, moving and illuminating documentary, Futureshock! The Story of 2000AD. 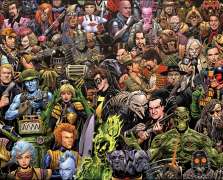